Let's talk about anything about video games, no matter what platform it is. What is your favorite game? Who is your favorite character? What are the recently released games? What is DLC (downloadable content)? How do I beat this boss? How do I set up my team?
Post Reply
3452 posts

Sledgehammer Confirmed as Developer on New Call of Duty For 2011

Activision has announced their plans to expand the Call of Duty brand following today's hullabaloo surrounding the publisher's dismissal of Infinity Ward studio leads Jason West and Vince Zampella, who have now been confirmed as no longer being with the company.

A new game in the Call of Duty series will be released some time in 2011 and will be handled by newly formed Activision studio Sledgehammer Games, lead by Dead Space veterans Glen A. Schofield and Michael Condrey.

While Infinity Ward continue working on downloadable map packs for Modern Warfare 2, Treyarch - the studio behind World at War - will stillrelease their Call of Duty game this autumn.

Beyond the two CoD titles currently confirmed, Activision also announced their plans to look at new genres for the franchise as well as branching out into the Asian market with the lucrative series.

Quite where this leaves Infinity Ward is unknown however and their future involvement in the franchise that has brought both companies such massive success, is currently up for speculation.

[Update:] Just thought we'd update you somewhat on this front. The Sledgehammer Games title according to the press release will be an "action-adventure" game. So expect 2 Call of Duty titles in 2011... that's if the events of today with Infinity Ward haven't changed the state of play there. After the sales of Modern Warfare 2 last year though, we doubt that very much.


This is a bad direction for the series is going. I don't know if the next COD series will be better without the direction of Vince Zampella and Jason West (studio heads of IW).

EDIT: Sa mga hindi nakakaalam, Infinity Ward was created because there was a fallout internally "2015 Inc." and EA.

2015 Inc. is the one made Medal of Honor successful. 22 employees of 2015 Inc. started Infinity Ward. So this is really bad for Infinity Ward for there is a possibility of history repeating itself.

Anyway whoever picks up Zampella and West will be lucky. They will have a really good FPS developers. Sana Sony makakuha

why are you reading this?
Top

^^Well that's my guess why the studio heads got fired...

Activision wants to milk on the franchise while Infinity Ward doesn't want that direction.
Currently Playing: Elder Scrolls V: Skyrim, Gundam Extreme Vs and The Witcher 2 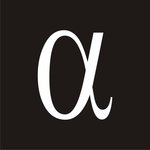 I want the SCAR.I know it's a noob gun

A listing from a leaked Tesco database has apparently revealed the release date for what is thought to be Call of Duty: Modern Warfare 3, which is curiously referred to on the retailer's database as 'Call of Duty: Project Colossus'.

It's currently still up in the air as to which developer will be handling Modern Warfare 3, with Sledgehammer being the present frontrunner, with rumours abound that Singularity dev Raven Software could be on multiplayer detail following the whole Infinity Ward debacle.

According to the leaked listing, Activision will launch Call of Duty: Project Colossus - which is understood to be Modern Warfare 3 - worldwide on November 8th, 2011 - a date that would be in line with previous Call of Duty releases.

Naturally, this is pure speculation, but with rumours flying around that Activision is preparing an imminent reveal for Modern Warfare 3, it looks like we'll learn the truth soon enough, so stay tuned.
http://www.ps3trophies.org/news/news-35 ... aked?.html

Stop destroying our planet. It's where I keep all my stuff.

"Have faith in the Yankees, my son."

- Ernest Hemingway in The Old Man and the Sea
Top

I want the SCAR.I know it's a noob gun