Let's talk about anything about video games, no matter what platform it is. What is your favorite game? Who is your favorite character? What are the recently released games? What is DLC (downloadable content)? How do I beat this boss? How do I set up my team?
Post Reply
538 posts


We're now a couple of days away from a Sony press conference, so that can only mean one thing: rumours, and lots of them. This latest whisper comes from the Financial Times via GameSpot, who report that the PlayStation 4K, codenamed Neo, may well release later this week. Wait, what?

More likely I think the PS4 Slim releases this week, with Neo launching around october or november.

If the Neo was launching this week, it would have leaked in some capacity by now.
Top

Very unlikely nga. There should be some kind of demo first before nila i-release yan.

Not this week pero i guess it'll probably launch by oct-nov.. Good move yan by sony if totoo. 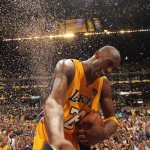 During its PlayStation Meeting in New York, Sony Interactive Entertainment officially announced the mid-generation successor of the PlayStation 4, PS4 Pro

The console will support High Dynamic Range (HDR) and 4K (using special rendering techniques and upscaling). It will be an alternative to the PS4, but it wonâ€™t replace it.

It will have more than double GPU power than the original PS4, a CPU with a boosted clock rate. It will let you use your old content, and will come equipped with a 1 TB hard drive.

Even if you donâ€™t have a 4K TV and you canâ€™t use HDR, developers will be free to use the extra power of the new console in different ways. Patches for â€œhalf a dozenâ€ first party titles are already in the works, on top of several third party titles

Every PlayStation 4 unit, be it standard or Pro, will be HDR-compatible via a firmware upgrade next week. 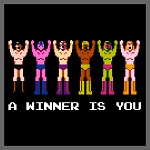 I was one foot away from buying this at launch, but I think I'll wait it out. I have rinky dink 4k tv that I bought on the cheap as I wait for prices of higher end models to normalize and as new standards to settle, but for what I do with my gaming, I'm fine with my OG Ps4.
Last edited by ron_bato on Thu Sep 08, 2016 4:26 pm, edited 1 time in total.
Top

I'll get this, if ever masira current PS4 ko, not anytime sooner. 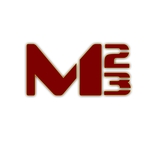 Wanted the US version since my OG is US too. #ocproblems