Let's talk about anything about video games, no matter what platform it is. What is your favorite game? Who is your favorite character? What are the recently released games? What is DLC (downloadable content)? How do I beat this boss? How do I set up my team?
Post Reply
59 posts


Earlier today, a report revealed that Xseed might be the U.S. publisher of Grasshopper Manufacture’s next game, Killer Is Dead. A week ago, Xseed registered a bunch of web domains pertaining to the game.

We got in touch with Xseed to see if they had any comment, and the publisher’s Executive Vice-President, Ken Berry, replied: “Xseed Games cannot confirm that they are publishing Killer is Dead in North America.”

Killer Is Dead hasn’t been formally announced for a U.S. release yet. Japan will get the game this summer.

Killer is Dead will come to North America by the publishing hand of XSEED Games and to Europe and Australia by Koch Media label Deep Silver, Japanese publisher Kadokawa Games has announced.

Killer is Dead is created by Grasshopper Manufacture, the studio behind Lollipop Chainsaw and Killer7. It is due for PlayStation 3 and Xbox 360 this summer.

Set in a not-so-distant future similar to our own world, the player takes control of an executioner named Mondo Zappa as he executes criminals around the world the world with a Japanese sword in his right hand and an artificial left arm with changing weapons. In Grasshopper Manufacture’s upcoming game, Killer is Dead, you’ll be playing as Mondo Zappa an assassin, who will be impressing ladies in Gigolo Mode missions. In our previous report, we detailed some of the DLC bonuses that’ll come with the first-print copies of the game. Japanese publishers Kadokawa follows up with more info.

Finishing Moves Make You Even Stronger In Killer is Dead

When Killer is Dead protagonist, Mondo Zappa, isn’t out seducing attractive women or getting a peek at their undergarments using his see-through sunglasses, he’s out fighting enemies, and lots of them. Now, Kadokawa Games have introduced some combat features in the game.

In combat, Mondo will be using his beloved katana, called Gekkou, which has the ability to absorb blood from his enemies. You can start out by continuously performing combos. The more combos you do, the higher the combo level increases. Once it reaches the max level, you’ll have a choice of four different finisher moves, called Final Judgment.

Here’s a look at the four Final Judgment finishers.

Killer Is Dead Will Have Mondo Fight Vicious Tigers And Robotic Ninjas.

Mondo Zappa will be facing many enemies as an assassin in Killer is Dead. Using his Final Judgment ability, he’ll be able to enhance his strength to take them on. However, he might need more than a simple boost to take on some boss characters, such as the dark matter tiger who appears from a Yakuza leader’s tattoo. 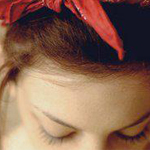 Kadokawa Games will release Killer is Dead on August 1. People will be able to pick up a Premium Edition for the same price as a vanilla game.

The Killer is Dead premium edition has a reversible jacket on top and a code to download "Beauty & The Beast & The Lingerie." Killer is Dead also has three more bonuses – the Temptation of Miss Vampire gigolo mission, an extra episode where Mondo is an executioner, and a peeping tool that helps during gigolo missions.

Xseed and Deep Silver will release Killer is Dead in North America and Europe, respectively. No details about pre-order bonuses have been announced yet.

Killer is Dead fourth trailer
Love and kill until they're all dead.

New screenshots are on the original link

Mondo Zappa’s main weapon is his sword, but Goichi Suda also gave him a cybernetic arm. In Killer is Dead, your arm is a long range weapon that transforms into a freeze gun and giant drill.

Bullet Shot fires a barrage of bullets. This rapid fire gun can also destroy objects in the background too.

Freeze Shooter is essentially an ice gun that slows enemies down. If you keep firing ice bullets you can completely stop an enemy from moving.

Charge Cannon is kind of like the Mega Buster. Monod inflicts more damage if he charges the gun up

The Drill is a close range weapon that can shatter an enemy’s shield or cut through armor. You can also drill through some walls and find Scarlett or secret passages.

Each mission in Killer is Dead plays like a standalone TV episode with a beginning, middle, and a bloody boss battle at the end. And one episode brings Mondo Zappa to the moon. Moon River, the moon goddess, who lives on the dark side of the moon comes to Earth to hire Mondo Zappa to kill David, a cruel king that ousted Maya from the moon throne. Killer is Dead is slated for release on August 1 in Japan.