Let's talk about anything about video games, no matter what platform it is. What is your favorite game? Who is your favorite character? What are the recently released games? What is DLC (downloadable content)? How do I beat this boss? How do I set up my team?
Post Reply
4121 posts 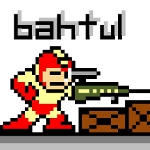 
Wala pa boss. Hopefully i-announce sa TGS or the earlier the better sa E3 2011. Mas gusto ko sana DS2 para PS3 exclusive. Oo, ganyan ako kadamot. Hahahaha!
Lord, give me Your heart to have great compassion; Your eyes to see with my heart; Your ears to hear with my heart; Your voice so I can proclaim Your word with boldness!


There's a preview on the game in this week's Famitsu. The official title is now Dark Soul. Some info from the preview:

- This is the official title of what was previously Project Dark

- This time they want to increase the amount of field exploration in the game.
- All fields are seamless, so whatever you can see, you can reach and explore. If you see a fortress or castle walls in the distance, you can eventually get there.
- There will be no map display in the game, just a position display marker.

- They aim to make the game just as challenging than Demon's Souls, but also just as rewarding when you succeed. The sense of achievement is important.

- The gameplay will be similar to Demon's Souls in concept, where it's about trial and error and learning from your mistakes to play better.

- Instead all maps in the game will be linked seamlessly in a connected world. The pace of the game will feel more about exploration and discovering locations, which you can then go inside into a dungeon or whatever and explore the interior further.
- There will be more complex level designs in the game using more vertical design in areas and such.

- The world setting is based on medieval dark fantasy, and will contain themes like "high fantasy of kings and knights", "death and the depths of the earth", and "the flames of chaos".

- The character creation process will not be class based.
- The play style of the player character will have much more freedom this time.
- There will be many more spells and items, and the animation and uniqueness of weapons will also be increased.

- The online elements are very similar to Demon's Souls. There is cooperative and PvP.
- You can still leave messages, and see players who died at various places.
- There will be no Soul Tendency this time because they don't want to have to use dedicated servers to handle that s**t again.
- Instead this time there will be more features allowing players to engage in "mutual role playing" which they say are still under wraps. They'll reveal more when it's time.
Lord, give me Your heart to have great compassion; Your eyes to see with my heart; Your ears to hear with my heart; Your voice so I can proclaim Your word with boldness!

So it's Dark Souls now? I still prefer the name Demon's Souls but it does share the same element and gameplay so...

If unlike us, you breezed through From Software's Demon's Souls without breaking a sweat, then you're in for a treat, as this week's Famitsu reports in a big exclusive that Project Dark - previously announced at the Tokyo Game Show last year - is officially a spiritual Demon's Souls follow-up, entitled 'Dark Souls'. And it's going to be tougher than the previous game.

Andriasang has rounded up all of the supposed Dark Souls details leaked from the magazine and listed them. Here they are for your viewing pleasure:

First of all, the difficulty has been increased greatly over Demon's Souls, which - as fans will attest - will make Dark Souls harder than diamond-coated, titanium nails.
Dark Souls shares the same themes as Demon's Souls: learning from your mistakes and the joy of discovery.
There's no connection with Demon's Souls in terms of story or world. Dark Souls is a spiritual sequel rather than a direct one.
As with Demon's Souls, the basic gameplay is based on classic RPGs and dungeon crawlers, retaining key aspects like character creation, obtaining weapons and items, levelling up and so on.
The biggest change, according to director Miyazaki Hidetaka, is in the area of exploration. The action-battle component is an important element, but on top of this, exploration of a large, seamlessly connected field is also integral. You can walk to areas that you can see far off in the distance.
All the maps are connected, rather than having you move to each area from a shrine. This time, you head off on a journey from a large base of operations, and find smaller bases along the way as you progress further and deeper into your adventure.
There are far more areas with complex land formations of varying height.
The goal in character development is to get rid of elements that may hinder freedom of play style. This is why there's no job concept during initial character creation.
Weapons have a great variety of motions and special capabilities, and there are a great number of magic and item types. This will allow players to play in their own style.
Regarding network play, Hidetaka said that he can't share too many details, but the game will have co-operative and competitive multiplayer components. You'll also be able to call upon people to help you out when you're stuck.
The game will also have indirect online elements like the original, such as seeing the ghostly apparitions of other players, messages from the dead, and so-forth. The game will not have its own servers this time however, so elements like Soul Tendency from the original will not be present in Dark Souls.
There are other online elements that will be detailed in future updates.

Dark Souls is set to be released in Japan later in 2011, with the game's overseas release being handled by Namco Bandai once again.
http://www.ps3trophies.org/news/news-27 ... ouls-.html
Stop destroying our planet. It's where I keep all my stuff.